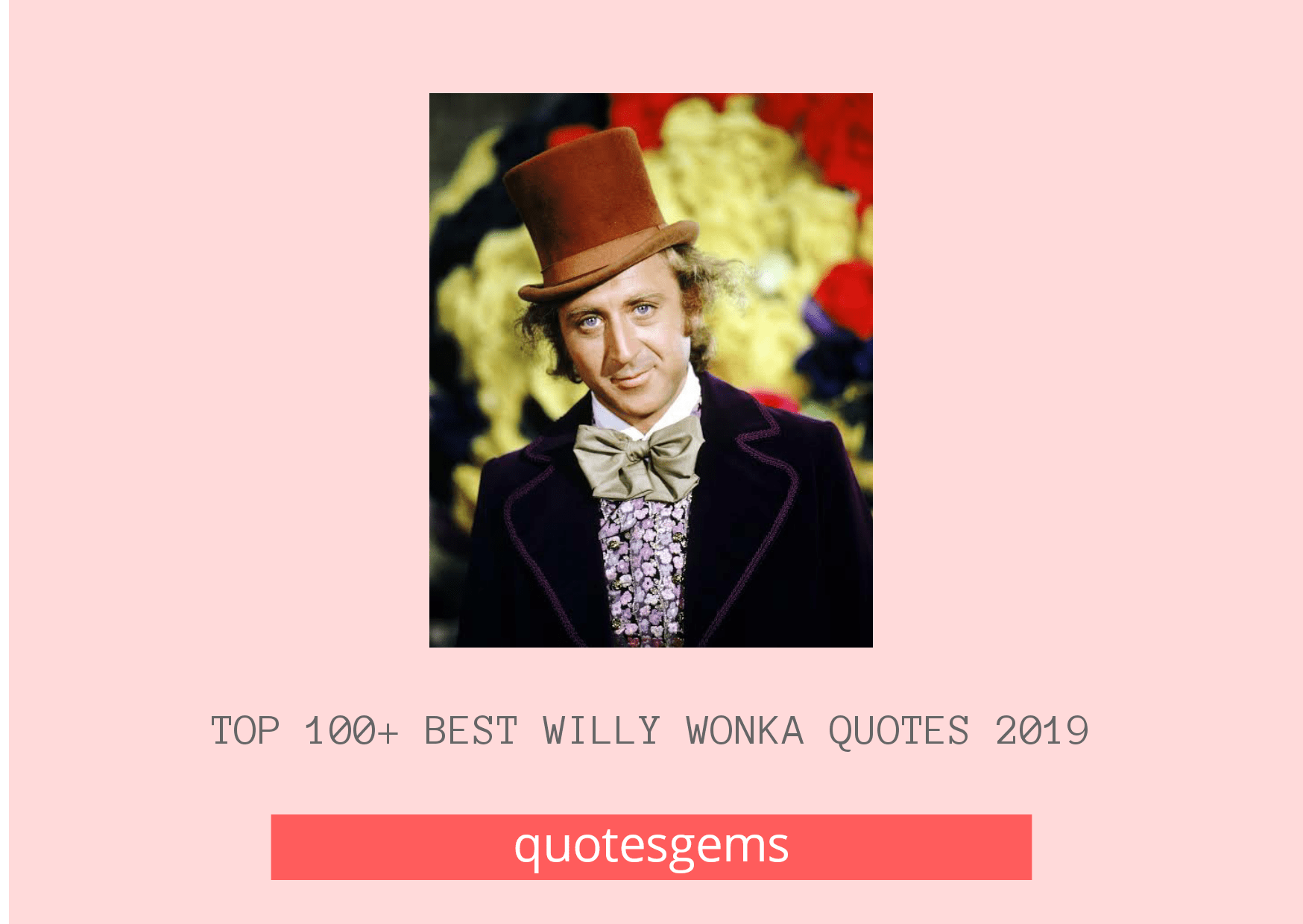 Also check- In the end quotes / Bless me ultima quotes

Delighted to meet you, sir. Overjoyed, enraptured, entranced. Are we ready? Yes, good. In we go.

Now remember, no messing about. No touching, no tasting, no telling.

It’s all there, black and white, clear as crystal! You stole fizzy lifting drinks! You bumped into the ceiling which now has to be washed and sterilized, so you get nothing! You lose! Good day, sir!

Round the world and home again, that’s the sailor’s way.

Now over here, if you’ll follow me, I have something rather special to show you.

So shines a good deed in a weary world.

A little nonsense now and then
Is relished by the wisest men.

The suspense is terrible… I hope it’ll last.

I take very good care of my guests.

My dear boy, I promise you they’ll be quite all right. When they leave here, they’ll be completely restored to their normal, terrible old selves. But maybe they’ll be a little bit wiser for the wear. Anyway, don’t worry about them.

Oh! I wouldn’t do that. I really wouldn’t.

Yes, well…I hope you’ve enjoyed yourselves, excuse me for not showing you out, you’ll find the way, I’m terribly busy. Whole day wasted. Good-bye to you both, Goodbye.

Time is a precious thing. Never waste it.

Willy Wonka: Welcome my friends, welcome to my chocolate factory.

Grandpa Joe: If Slugworth wants a gobstopper, he can have one!

Mr. Salt: I’ll get you for this, Wonka if it’s the last thing I’ll ever do! I’ve got a blueberry for a daughter.

Willy Wonka: Time is a precious thing. Never waste it.

Willy Wonka: Strike that! Reverse it!

Willy Wonka: We are the music makers and we are the dreams of the dreams.

Willy Wonka: You both went into the soda room without permission! You both bumped into the ceiling, which must be washed and sterilized, so you get NOTHING! YOU LOSE! GOOD DAY SIR!

Willy Wonka: A little nonsense now and then is relished by the wisest men.

Willy Wonka: So much time and so little to do. Wait a minute. Strike that. Reverse it.

Willy Wonka: Remember Charlie, don’t forget the tale of the man who got everything he wanted.
Charlie: What happened?
Willy Wonka: He lived happily ever after.

Willy Wonka: Wrong sir, wrong! Under section 37B of the contract signed by him. It states quite clearly that all offers shall become null and void if, and you can read it for yourself in this photostatic copy. I the undersigned shall forfeit all rights privileges and licenses herein and herein contained et cetera et cetera… huhh fax mentis incendium gloria culpum et cetera et cetera… huhh memo bis punitor delicatum! It’s all there black and white clear as crystal! You stole fizzylifting drinks! You bumped into the ceiling which now has to be washed and sterilized so you get nothing! You lose! Good day sir!
Grandpa Joe: You’re a crook. You’re a cheat and a swindler. That’s what you are! How can you do a thing like this?! Build up a little boy’s hope and then smash all his dreams to pieces! You’re an inhuman MONSTER!
Willy Wonka: I SAID GOOD DAY!

The Egg-dicator can tell the difference between a good egg and a bad egg. If it’s a good egg, it’s shined up and shipped out all over the world. But if it’s a bad egg, down the chute.

I can’t go on forever, and I don’t really want to try. So who can I trust to run the factory when I leave and take care of the Oompa Loompas for me? Not a grown up. A grown up would want to do everything his own way, not mine. So that’s why I decided a long time ago that I had to find a child. A very honest, loving child, to whom I could tell all my most precious candy making secrets.

I am extraordinarily busy, sir.